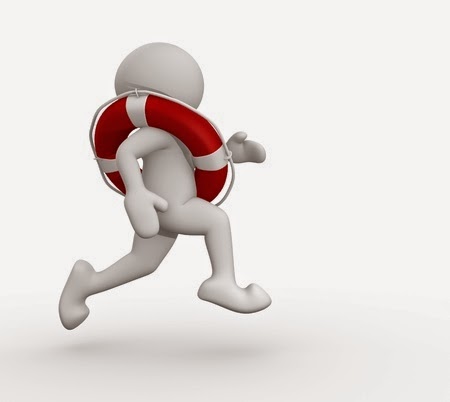 This morning I happened upon a video by Robert Ohotto – a US based astrologer who sits alongside the likes of Michael Beckwith and Carolyn Myss (two top spiritual authors/speakers).

Robert talked about how he looks at astrology as a symbolic representation of what's going on within us.

I've always leaned towards astrology as a tool to help me figure myself (and other people) out or to get some more information about what's going on in the world, so what he said resonated with me.

But whether you see astrology as science or BS, is neither here nor there, because regardless of where you find your prompts, what Robert said this morning has got me thinking.

Today is a full moon eclipse, which, from what I can gather is called a Blood Moon. This means that the Earth is moving in front of the moon creating a shadow that will eventually cause the moon to appear red (due to refracted light coupled with particles from the Earth… but enough of the science, it's not my strong point…)

Blah blah on a bit longer and what Robert said lit a lightbulb for me. He said, this particular full moon eclipse is in Libra which represents our relationships, specifically our shadow side in relationships (i.e the shit bits that we consistently cock up and can't figure out why).

And heck, I dunno about you but I have a ream of f*cked up shit that I do in relationships that scans from not speaking my mind in the moment and saving it till I'm truly pissed off – when I lose my shit and attack my partner's character as opposed to their behaviour, through to simply being awkward around guys I like when all I want to do is skip up to them, give them a smile and tell them how amazing I think they are.

As Robert Ohotto pointed out, each of us has themes that come up time and again that are not necessarily a problem unless they're in this shadow realm (the bits that don't make sense, even to us). He suggested thinking about our patterns and then choosing to do something completely opposite.

What he was talking about is based on our archetypes (Carolyn Myss is the queen of archetypes so if you want to know more, read her book Sacred Contracts).

To make it easy, I'll give you an example; I'll tell you what mine are. Firstly, I'm a rescuer. I want to save people from themselves. That's why I became a bodywork therapist and ran a healing practice for a few years. And it's why I'm moving into the space of becoming a Life Coach. I have an inner need to help people. Helping is the "shiny" side of that characteristic, but the shadow is wanting to save people who neither need to be saved nor want to be.

And trust me, I do both. If I see a man looking forlorn or better still, if I date a guy with those cute-as-hell puppy dog eyes that scream "Save me", you can bet I'll be scooping them into my healing hands and giving them the time of their lives so that they can feel whole and complete again.

Umm, yeah, maybe not so much, right?

Psychologists will argue about where and how these archetypes are formed, and I'm not going to go into it because 1) It's not my area of expertise and 2) You can look that up separately. However, there is most certainly a link between the role we saw for ourselves as children, and any "wounded child" behaviours that have stuck around into adulthood. But without going into where mine came from, I'll simply move on to stage 2…

Which is: flipping the shadow behaviour into something more useful.

For me, now that I can identify that I fly into rescue mode, Robert Ohotto suggests I flip that shadow trait on its head and, after first recognising that "I am enough", choose who I want to be instead of falling straight into that old shadow pattern. Just like the way the moon flips from moving into shadow, becoming a full blood moon and then perambulating through the reverse shadow until it's full again.

When I looked at my need to "save men" I reframed it to mean asking for help from men.

You might laugh, but when I wrote that down this morning I actually let out an involuntary gasp! Yup, no lie, I gasped in SHOCK at the very thought that I might ask a man/men to help ME.

Tells you something, doesn't it.

So. Asking for help from men it shall be. [Breaks into cold sweat…]

The fact I had such a strong reaction to this is certainly testament that it is a valuable lesson for me. And never one to turn away from a challenge (particularly one that I've set for myself), I shall endeavour to move into this space – pronto.

In fact, I have two perfect opportunities to do this very thing today.

1) I'm going on a first date this arvo with someone who knows very little/nothing about me, and 2) I've recently made friends with a guy who, until I watched Robert's video this morning, I didn't realise had (at least partially) been on my "rescue radar". So I think I'm gonna ask him to help me with this.

If you feel like playing with the energies of the moon, or if you just like to stretch yourself and work on becoming a better version of you, I invite you to consider what your relationship shadow(s) might be?

And if you feel like you need to rescue anyone, then try me! I'll be the one in the corner looking forlorn and helpless, and trying not to save all those poor, puppy dog-eyed males from making the terrible mistake of trying to help me.

Let me know how you go!


And PS, if you're still waiting for me to answer some of the Qs from my previous blogs about the car accident – stay tuned. I'll be writing the conclusion this Easter weekend. h xx

Posted by Hannah Hempenstall at 10:32